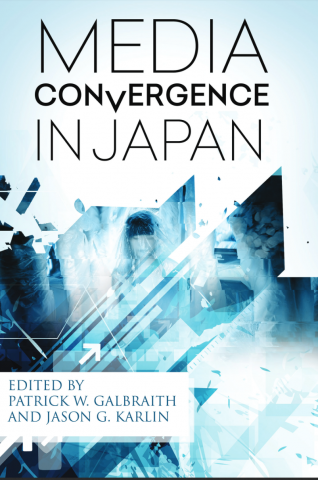 Kinema Club pleased to announce the publication of the new book Media Convergence in Japan, co-edited by Jason G. Karlin and Patrick W. Galbraith. This collection of essays explores the convergences and divergences arising from the digital transition in Japanese media culture. The ebook version has been published for free and open access in PDF,  ePub, and Mobi formats for download from the Internet Archive.  For those seeking a print copy of the book, it is available for order from Amazon’s global network at a reasonable price. This book was an experiment in academic publishing that was made possible through the cooperation of Kinema Club. The editors appreciate the support of the Kinema Club Editorial Collective.