Home » In Praise of Film Studies: Essays in Honor of Makino Mamoru

In Praise of Film Studies: Essays in Honor of Makino Mamoru

In Praise of Film Studies: Essays in Honor of Makino Mamoru. 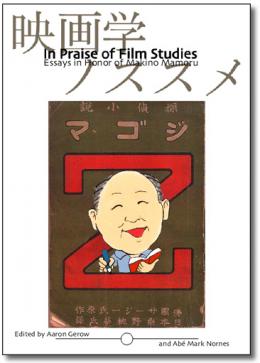 A unique book collecting essays written in either English or Japanese in honor of Makino Mamoru, a Japanese film scholar and collector whose research and mentorship has helped so many of us movie researchers. It also contains translations of some of his representative articles on such topics as film censorship and left-wing film movements and a bibliography of his work.<!–break–>

In Praise of Film Studies brings together essays by scholars of Japanese cinema from around the world, all of whom have drawn on the collection of Makino Mamoru for their research. Makino Mamoru was a filmmaker and essayist who began assembling an enormous collection of film-related materials. While most collectors concentrate on image-centric items like posters and stills, Makino recognized the importance of books, magazines and other written texts for scholarship. His collection, now at Columbia University, spans the entire history of Japanese cinema, and contains periodicals, books, pamphlets, posters, programs, scripts, diaries, studio records, fan zines, catalogs, textbooks, photographs, newspapers, clipping files, and the personal libraries of a number of film personalities. Makino opened the collection to a variety of film scholars, enabling them to write histories that were otherwise unimaginable. This volume brings together a number of these scholars to honor Makino Mamoru and his dedication to the study of Japanese cinema.

More information is available on the Trafford Publishing website. You can order a paper copy of the book from Trafford. The book is also available in electronic form on Google Books and at the University of Michigan’s Deep Blue.