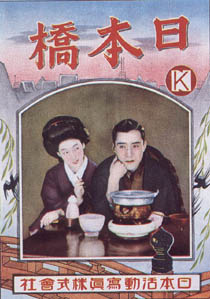 A significant difference between Japanese cinema and many other national cinemas is the respect paid to screenwriting. A pleasant side-effect of this attention is the publication of screenplays. There have been quite a few journals devoted to nothing other than printing screenplays, and magazines like Kinema Junpo regularly include the scenarios of important films.

To find a published scenario, your first stop should be Tanikawa Yoshio’s Shinario Bunken 1997-nen /Zoho Kaitei-ban. This indexes most of the major scenario journals. Tanikawa’s book is held at the University of Michigan Asia Library’s reference section, however, older versions can be ordered through interlibrary loan (call no. ASIA Z 5784 .M9 T16 1997/reference). If you’re in a hurry, you might give them a call.

For those who want to avoid xeroxing or interlibrary loan by purchasing scenarios, the used bookstores are a rich resource. In addition to back issues of the scenario journals, they often have production scripts, books devoted to screenplays and screenwriting, and theater programs which often have the a watered-down version of the script.

Original scenarios are hard to come by, and many of the libraries and archives are basically closed to research. We would welcome information from anyone with experience using specific collections for future versions of this page. Contact: Abe Mark Nornes at amnornes@umich.edu